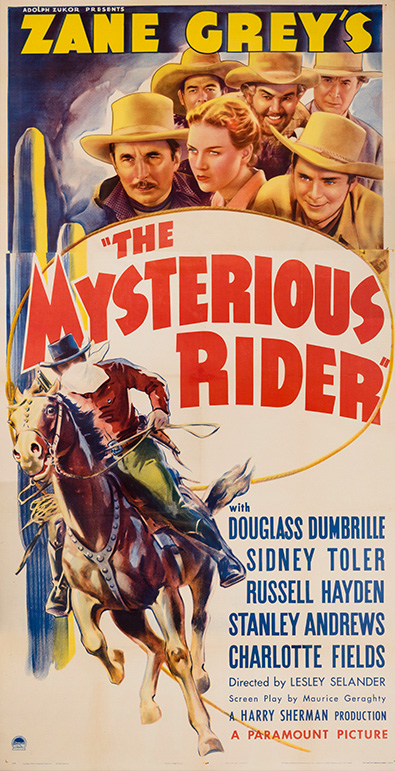 The film begins with Pecos Bill (Douglass Dumbrille) and his partner (Sidney Toler) going undercover at a ranch. Only later do you learn that it was Pecos Bill's ranch and it had been stolen from him decades ago--and he was back to set things right. Now Bill was not coming to have shootouts and the like--his daughter was raised by the new owner and Bill wanted to proved that this man and his son were nothing but a couple of nogoodnicks. Not surprisingly, by the end, they've set things right and set off in the setting sun.

Let's start with the casting. Dumbrille ALWAYS seemed to play well-cultured men--usually baddies. Putting this man with his patrician voice out west just seemed bizarre and ill-cast. Toler is known to most old film buffs as the second Charlie Chan--also hardly the sort you'd see in a western--though he wasn't bad in comic relief. But you really could not readily accept either one for who they were supposed to be.

The clich辿s were many. A few of the sillier ones I'll mention. In one scene, one guy has his gun drawn on the other--but drops his guns so they can duke it out like men. In real life, he would have just shot the guy--no questions asked. Later, when Pecos has his guns on the baddie, he gives the baddie a chance to draw his--again, normal folks would have just blasted him. The dumbest clich辿, however, and it was so predictable, was when one of the bad guys turned yellow and TOLD the baddest guy "I'm giving up"--and you KNOW that as soon as he says this the really, really bad guy would kill his sniveling partner! And, finally, like so many westerns, the characters are complete or nearly complete fiction. There never was a real person named Pecos Bill. All in all, while not a terrible film, it isn't a very good one--and a very cheap one to boot.